​Google has recently gone a step forward in providing reliable and accurate news from its app. Google Chief Sundar Pichai unveiled the company’s updated news app, stating that the app now displays news topics that are important to the user, while providing a full range of perspectives of events.

​Product chief Trystan Upstill said the news app “uses the best of artificial intelligence to find the best of human intelligence, the great reporting done by journalists around the globe.” ​The app grants users access to the news on a personalized level, displaying topics that the user enjoys as well as top stories for all readers. “Having a productive conversation or debate requires everyone to have access to the same information,” said Upstill. While he and many others are hopeful about the prospect of unfiltered, unbiased information, many have expressed concerns over the future of journalism and the effort to replace human editors with machine curators.

​“There’s been a fantasy of personalized news for a long time,” said New York University Journalism Professor Meredith Broussard. “Nobody has ever gotten it right. I think that news designers and home page editors do a good job of curating already.”

​In the newly updated app, users can sign up for subscriptions at the virtual newsstand using their Google accounts. This will enable direct communication between the user and publishers.

​“For many years, Google refused to share ad revenues with news organizations on the grounds that Google was driving traffic to them, and that it was up to those organizations to figure out how to monetize that traffic,” said Northeastern University Journalism Professor Dan Kennedy. “Now, with more than 90 per cent of all new digital ad revenues going to Google and Facebook, Google is finally acknowledging that it’s time to try something else.” ​According to Professor Nicholas Diakopoulos of Northwestern University, the true impact of these changes remains to be seen. “Maybe it’s good for the big guys or the ones who have figured out how to game the algorithm, but what about the local news sites? What about the new news sites that don’t have a long track record?”

​Diakopoulos maintains that while Artificial Intelligence offers some advantages in news curation, people still need to be involved. “You need to reflect human values, editorial values… You can’t quantify every aspect that might be important to an editorial decision.” 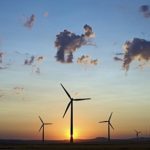 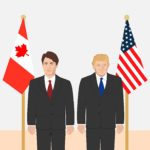 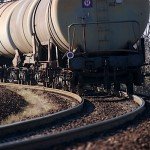