The anticipated guidelines for controversial self-driving cars were released at a press conference by Transportation Secretary Elaine Chao in Michigan. Most major auto-makers have a stake in the future of self-driving cars along with Google and other major technology players.

Consumer advocacy groups, however, caution the plans have “no regard for our safety.” Taking a polar-opposite view is the Alliance of Automobile Manufacturers, and some advocacy groups, such as the National Federation for the Blind — who see the technology’s promise for mobility of mobility-disadvantaged people.

The concept of self-driving cars brings in polarized views: some view it as the greatest innovation in road safety — apparently, computers are better judges of space and speed than humans — and others view it as risky.  The Trump administration comes down on the side of “motivated” by the technology: “We are motivated by the potential of automated tech to transform mobility, reshape transportation and revolutionize safety,” said Transportation Secretary Elaine Chao.

“We are motivated by the potential of automated tech to transform mobility, reshape transportation and revolutionize safety,” said Transportation Secretary Elaine Chao.

At the same press conference, John Simpson of the nonprofit Consumer Watchdog cautioned,

“This isn’t a vision for safety. It’s a roadmap that allows manufacturers to do whatever they want, wherever and whenever they want, turning our roads into private laboratories for robot cars with no regard to safety.”

During her announcement, she was surrounded by industry representatives, along with advocacy groups — including the president of the National Federation of the Blind — and she made it clear that the government supports the technology as a way to reduce road accidents, but also to increase mobility for the elderly, disabled and other restricted populations. [As covered previously in EDIWeekly, Google recently show-cased a pilotless self-driving Waymo, car chauffeuring a blind man around town in “Are we ready to let go of the wheel?”>>]

Self-driving technology is coming. The automotive industry, and major techs such as Google and Samsung, are heavily invested in the future technology. Waymo, from Google, has already demonstrated completely pilotless cars and some applications. [See video.] Various semi-autonomous autos, notably from Tesla — the subject of a National Transportation Safety Board announcement regarding a fatal crash in Florida involving the system — are already on the road. The goal, however, is fully autonomous, particularly in its safety role and its role in helping people with visual impairments or mobility difficulties.

During the press conference, the Alliance of Automobile Manufacturers expressed its approval: “This federal guidance is helpful in advancing road safety and safe testing, while also providing more clarity on the role of states.”

In related news, Samsung announced it will invest another 75 million euro ($89 million” in a TTTech, an Austria company making autonomous driving that is used in Audi and other cars. Samsung has allocated a total of $300 million to invest in auto-startups. 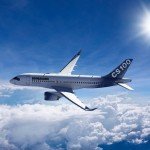