Since 1938, when the government of Mexico nationalized foreign oil companies operating in that country, the Mexican oil industry, one of the largest in the world, has been state run, monopolized by Petroleos Mexicanos, or Pemex. On this past August 11, a new law went into effect, opening up the country’s energy sector to foreigners once again. New blocks of gas and oil fields will become available for foreign companies to bid on, though Pemex will have the right of first refusal and the right to set aside certain fields for itself.

The move is said to be largely a result of declining production. According to the Russian news service RT, Mexico’s oil production from Pemex has dropped nearly a third in the last decade. The government is looking for foreign investment to exploit deep-water and shale gas resources, something Pemex has lacked the financial resources to do. Tens of billions of dollars in investment will be needed to bring the industry up to date and make it more productive. Some of the foreign companies that are reported to be interested include Lukoil, of Russia, Mitsui of Japan, Royal Dutch Shell, and Chevron and ExxonMobil of the US.

Potential obstacles to Mexico’s energy renaissance could be the existence of the notorious drug cartels, and the country’s equally notorious corruption. Some of the most oil- and gas-rich lands in Mexico are controlled or terrorized by the cartels. A report in Valley Central says that northern Mexico is divided up by two cartels, the Zetas and its rival Gulf Cartel. This could put the government’s efforts at energy reform on a “collision course” with organized crime. The two groups have been “linked” to the theft of oil and gasoline, and to the kidnapping and extortion of businessmen, though there have been no confirmed cases of direct attacks on oil companies or their workers so far. There have been rumours, however, and one expert on the Mexican drug cartels told Valley Central that it’s “a very big risk for those companies to come (into Mexico).”

Drug cartels have been documented placing illegal siphons on oil pipelines and selling stolen gasoline openly on the streets of some cities. It’s a multi-million-dollar business for the criminals, and they are not likely to give it up “just because legislation is passed.”

It could be necessary for foreign oil companies operating in Mexico to hire their own private security forces to protect them, but this issue is not addressed in the new legislation. Mexico’s gun laws currently prohibit private bodyguards from carrying guns. 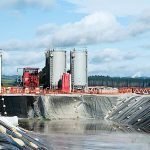 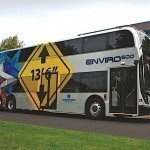 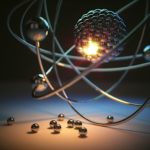 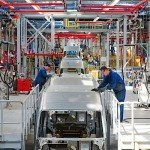