Alberta and Saskatchewan are expected to emerge out of recession and lead the provinces in economic growth this year, according to The Conference Board of Canada’s Provincial Outlook: Spring 2017. British Columbia is forecast to see growth ease this year, but the province will still tie with Saskatchewan for second place.

“The difficulties in the resources sector are slowly dissipating and helping Alberta and Saskatchewan emerge out of recession. However, the turnaround is still in its early stages and a full recovery will take time,” said Marie-Christine Bernard, Associate Director, Provincial Forecast, The Conference Board of Canada.

“Economic prospects are also improving across the country, but continued weakness in business investment—both in and out of the resources sector—could hurt economic growth in all provinces down the road.”

Alberta to outperform all provinces at 3.3 per cent

Following two years of contractions, Alberta’s economy is expected to outperform all provinces and grow by 3.3 per cent this year. Non-conventional oil production in the province will see a big increase this year thanks to new capacity coming online, while energy investment is expected to make a comeback this year and next. Outside of the energy sector, Alberta is benefiting from improvements in labour markets, consumer demand, and the housing sector. A bright outlook for the province’s manufacturing sector as a result of the new Sturgeon refinery, along with the rebuilding efforts in Fort McMurray, will also contribute to Alberta’s strong economic growth this year.

Saskatchewan’s economy is on a more solid foundation than it was one year ago. The energy outlook is more positive as drilling bounced back last winter and oil production is expected to increase at a good pace over the near term. As well, adaptation to the low-oil-price environment has led to growing investment into cost-effective thermal extraction technology, which will provide a significant boost to construction over the next three years. The province’s labour markets are also starting to turn around, boosting growth in household spending. In all, Saskatchewan’s economy is forecast to grow by 2.5 per cent in 2017.

After growing by 3.7 per cent in 2016, real GDP growth in British Columbia is expected to reach 2.5 per cent in 2017.  British Columbia’s housing market has lost some steam, but has proven to be more resilient to cooling measures. Still, the slowdown in housing activity will be felt in other parts of the provincial economy. Employment, wages, and household spending are all expected to see growth ease. The province’s forestry industry will also struggle over the near term as it deals with the duties on Canadian softwood lumber.

Ontario to perform well at 2.3 per cent growth

Ontario’s economy will continue to perform well, but it is forecast to lose some speed and grow by 2.3 per cent in 2017. Consumer finances are stretched and the hot housing market in southern Ontario is expected to cool as the new measures to re-balance the market take place. Exports have been growing at a stronger pace than the national average, but the lack of business investment will limit growth prospects going forward.

Manitoba’s economy is forecast to expand by a solid 2.1 per cent in 2017, slightly lower than last year’s growth. The province will continue to see strong construction activity as investment in the Keeyask dam ramps up and work continues on the Bipole III transmission line. Manufacturing will remain a growth driver for the province, with bright spots in transportation, equipment manufacturing and food processing.

Quebec saw an improvement in economic growth last year and this will continue in 2017, with real GDP forecast to advance by 1.8 per cent this year. Consumer spending will continue to be one of the pillars of growth for the province, as tax cuts and strong job creation leave Quebeckers with more spending money in 2017. This, in turn, will provide a boost to the province’s services-based industries. However, the probability that greater protectionist measures will be put in place in the U.S. in the coming years presents a significant downside risk to the province’s export outlook.

The Atlantic provinces will see only modest expansion over the next two years as they deal with an aging population that is limiting growth in labour supply.

Newfoundland and Labrador will be only province in recession this year, contracting by 3.0 per cent. However, the province will benefit from oil production at the Hebron project starting next year and real GDP is forecast to bounce back strongly.

Nova Scotia’s outlook is among the weakest in Canada, forecast to advance by only 0.5 per cent this year. Although ongoing shipbuilding work in Halifax is providing a boost to the manufacturing sector, the province’s construction industry is facing declines over the next two years as major projects are completed and there are few major investments on the horizon.

Despite New Brunswick’s goods-producing sector facing better prospects over the next two years, weak business investment and shifting demographics will limit GDP growth to 1.0 per cent this year.

Prince Edward Island has the best growth prospects among the Atlantic provinces, with real GDP forecast to expand by 1.8 per cent in 2017. The Island’s economy is being bolstered by tourism as well as by a strong performance in the manufacturing sector, especially in the food products and in aerospace services. 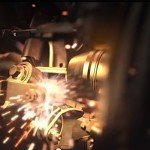