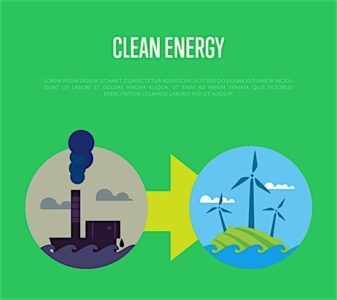 It will cost the world trillions of dollars, but the payoff will be even greater, and it must begin now in order to ensure the maximum benefits. Decarbonisation of the world’s global energy system, with a 70 per cent reduction of carbon dioxide emissions by 2050 and a complete phase out by 2060 can be achieved, with a net positive economic outlook, according to new joint reports from the International Energy Agency (IEA) and the International Renewable Energy Agency (IRENA) just released. The reports were undertaken at the request of the German government which is seeking guidance in implementing an energy sector transition consistent with the goals of the Paris Agreement.

The 32 gigatonnes of energy-related CO2 that were emitted globally in 2015 must drop to 9.5 Gt by 2050 if the world is to meet the Paris Agreement target of limiting global warming to no more than two degrees above pre-industrial temperatures, the reports conclude. Most of this reduction, 90 per cent, can be achieved by expanding renewable energy deployment and improving energy efficiency. Today, renewable energy accounts for 24 per cent of global power generation and 16 per cent of primary energy supply. Those numbers must rise to 80 per cent and 65 per cent respectively to achieve decarbonisation. To achieve this, CO2 emissions must be reduced by 2.6 per cent per year, or 0.6 gigatonnes per year, until 2050.

Doing so would boost global GDP by 0.8 per cent in 2050, the reports claim, while the cost, estimated at $29 trillion or 0.4 per cent of global GDP, would be but a “small share” of that global GDP. New jobs created in the renewable energy sector would more than offset losses in the fossil fuel industry, while human welfare would be improved through the environmental and health benefits of reduced air pollution. Delaying decarbonisation efforts would, on the other hand, cause necessary investments to rise.

Limiting the global mean temperature rise to below 2°C with a probability of 66 per cent would require an energy transition of exceptional scope, depth and speed. Energy-related CO2 emissions would need to peak before 2020 and fall by more than 70 per cent from today’s levels by 2050. The share of fossil fuels in primary energy demand would halve between 2014 and 2050 while the share of low-carbon sources, including renewables, nuclear and fossil fuel with CCS, would more than triple globally to comprise 70 per cent of energy demand in 2050.

The reports define decarbonisation as limiting the global mean temperature rise to below 2°C with a probability of 66 per cent. To achieve this, the share of fossil fuels in primary energy demand would need to halve by 2050, while the share of low-carbon sources, including renewables, nuclear and fossil fuels with carbon capture and storage (CCS), would need to more than triple. Oil use would peak in 2020 in the 66 per cent/2°C Scenario, then drop by 2 million barrels per day every year throughout the 2030s. It is estimated that approximately $1 trillion in oil assets and $300 billion in natural gas assets would be left stranded in the shift away from fossil fuels towards clean energy.

For natural gas, on the other hand, demand will increase through to the mid-2020s as natural gas displaces coal-fired generation over the next decade in countries that have or can mobilise the necessary resources and infrastructure. After 2025, however, natural gas-fired generation would be displaced by lower carbon sources of electricity and therefore gas demand in the power sector falls, on average, by 2.5 per cent each year between 2025 and 2050.

All low-carbon sources of energy grow rapidly in the 66 per cent/ 2°C Scenario. There is a particularly quick uptake of carbon capture and storage (CCS) after 2025. In 2025 there would be nearly 15 gigawatts of power generation capacity equipped with CCS (compared with less than 0.2 GW today), which would expand to almost 130 GW by 2030 and then further swell by a factor of four over the next ten years. By 2050, CCS-equipped generation capacity is over 600 GW and accounts for just under 10 per cent of total electricity generation.

G20 countries have done most, must do more

A fundamental reorientation of energy-supply investments and a rapid escalation in low-carbon demand side investments would be necessary to achieve the 66 per cent 2°C Scenario. Around USD 3.5 trillion in energy-sector investments would be required on average each year between 2016 and 2050, compared to USD 1.8 trillion in 2015. Fossil fuel investment would decline, but would be largely offset by a 150 per cent increase in renewable energy supply investment between 2015 and 2050. Total demand-side investment into low-carbon technologies would need to surge by a factor of ten over the same period. The additional net total investment, relative to the trends that emerge from current climate pledges, would be equivalent to 0.3 per cent of global GDP in 2050.

The power sector is the largest single energy-consuming sector in G20 countries. Among end-use energy sectors, industry is the largest consumer of energy, meeting more than one-third of its demand through coal, followed by electricity and oil. Only the transport industry uses more oil than the industrial sector.

The building sector is another major consumer of final energy, accounting for around one-third of the total, while producing about 10 per cent of energy-related CO2 emissions. However, buildings are also responsible for half of global demand for electricity, the emissions from which amount to 5.6 Gt of emissions, twice the direct emissions from the buildings themselves.

At the same time, the G20 countries have collectively made the most significant advances in deploying renewable energy, accounting for almost all (98 per cent) of global installed wind power generation, 96 per cent of solar PV and 94 per cent of nuclear power capacity. Its passenger vehicle fleet represents almost 95 per cent of all electric vehicles worldwide.

Known as variable renewable energy (VRE), wind and solar energy technologies will pose challenges to grid operators, the IEA report (Getting Wind and Sun into the Grid) acknowledges. Deployment and integration of VRE will take place over four phases, characterized by negligible impact (phase 1) to highly technical challenges (phase four). Currently Canada is in phase two, in which the impact of VRE is noticeable but can be dealt with by upgrading operational practices such as forecasting VRE output. The VRE share of total energy in phase two ranges from 3 per cent to 15 per cent. 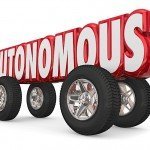 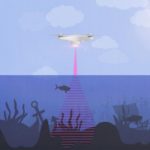