The world’s longest underwater tunnel is the Channel Tunnel, running 50 km under salt water. It is also the second-longest railway tunnel in the world. Yet, this underwater triumph is “short” in comparison to the longest tunnels in the world.

Most are water-tunnels, other railway tunnels or road tunnels, but all of these are longer than the more “famous” Channel Tunnel [1]:

Most of the longest tunnels in the world are in Asia and Europe — where there are many obstacles to transportation, such as mountains, channels or densified population. In North America, there are sometimes other options — such as going the long way around. For example, oil and gas pipelines tend to run above ground, often leading to costly spills.

Tunnel boring machines (TBM) have mostly replaced “blasting” and “drilling” — not only increasing the efficiency and strength of the tunnel but also minimizing disturbances to the surrounding ground. With this technology, the smoother tunnel walls reduce the costs of “lining.” [2]

However, as population densities increase, and to preserve natural resources, demand for tunnelling in North America will increase — not just for trains and subways.

Not long ago, tunnels were built with “mining” technologies: blasting and drilling. You’ll notice these older immediately, by the rough “carving out” of rock — or, if the tunnel is properly lined, they tend to have thicker linings. A good example of this is the 1930s Zion-Mount Carmel Tunnel. Because of the older methods, the tunnel is not wide enough for multiple vehicles. Vehicle size is limited to 11 feet high and 7 feet wide.

Today, engineering with increasingly sophisticated boring machines has made tunnelling safer and more cost-effective. Although there is more to engineering a tunnel than the boring technology, these behemoths are what make kilometres-long tunnels possible today. With mining methods, the costs are very high for longer tunnels due to the extraordinary volume of earth-moving and the need to support and line the tunnel.

What does it take to engineer kilometres of tunnel? — A Mole

Literally, in some cases, the engineering of these tunnels involved literally “moving mountains.” Particularly challenging are tunnels under sea water.

While we have been tunnelling for centuries, these deep and long tunnels are engineering masterpieces. Most of the longer tunnels today are bored out with Tunning Boring Machines (TBM) or moles. They represent a significant feat of engineering — more so for the earth moving and processing than the actual boring. Some of the machines are longer than a subway train and contain centrifuge systems to process displaced earth and rock. The sophisticated systems, such as Crossrail’s monster tunnelling machine (see video below) can also build the concrete reinforcing supports and walls at the same time as it bores.

Although the upfront cost of a “mole” is very high, their ability to bore longer, safer tunnels, while handling earth-moving and lining simultaneously, makes it possible to widen the scope of applications for tunnels. Especially, with city density, often the only way to build roads and transit is underground.

Tunnels are also being prototyped for high-speed underground transportation between cities, as conceived, for example, by Elon Musk with his visionary Hyperloop project.

Tunnel Boring Machines can excavate almost any strata, from soft and soggy to rock and sand. They come in sizes from small (3.3 feet, for example for water pipes) to 58 feet (17.6 metres).

The earliest “tunnelling shield” was developed for the Thames Tunnel back in 1825, by Sir Marc Isambard Brunel. The first tunnelling boring machine built in the U.S. was for the construction of the Hoosac Tunnel in Massachusetts. It was called “Wilson’s Patented Stone-Cutting Machine — although it broke down after 10 feet. Canada’s Niagra Tunnel debuted a massive 47.3-foot diameter boring machine to drill the hydroelectric tunnel under Niagra Falls — nicknamed Big Becky.

Hard-rock TBMs use disc cutters and a conveyor system (belt conveyor in many cases) to remove the excavated material. Where there is fracturing, “shielded hard rock” TBMs are used, which erect concrete support segments to support unstable tunnel walls as they go.

In soft ground, very high water pressure is used for coarse sands and gravels “so that a plug could not be formed in the Archimedes screw, Slurry Shield TBMs are needed. The cutterhead is filled with pressurised slurry which applies hydrostatic pressure to the excavation face. The slurry also acts as a transport medium by mixing with the excavated material before being pumped out of the cutterhead back to a slurry separation plant, usually outside of the tunnel.” [3] 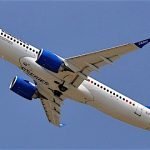