Four big cities have already moved to ban diesel from their cities: Paris, Madrid, Athens and Mexico City. An often-cited report claimed over 51,000 people might have died prematurely because of emissions from diesel. [2] London, England and other cities are considering a ban on diesel cars, even the so-called “clean diesel” cars. Even though most of the Diesel emissions are from commercial vehicles, cities are doing what they can to safeguard their populations, and passenger cars are an easy target given the Volkswagen “clean diesel” issue — where the emissions controllers were turned off to pass emissions tests in 550,000 vehicles sold in the United States (dubbed ‘Dieselgate’.)

Diesel Once Thought Safe and Efficient

Diesel engines were advertised as one of the most efficient and eco-friendly ever engineered — notwithstanding hybrids — especially in Europe. Although highly efficient, since the fuel spontaneously combusted under high compression, car manufacturers had to convince governments and consumers they were also clean. In earlier tests conducted in the nineties, these engines and the diesel fuel showed relatively low emissions of CO2 as compared to the petrol engines [1]. This was all the push governments and the eco-friendly organizations needed to develop and push “clean diesel” in cars. Within years, diesel engines became a huge success in the European market.

Unfortunately, later studies reversed or clarified the emissions question. Researchers found that the emissions of nitrogen-based pollutants were extremely harmful not only for the environment but the human body as well.

The first major studies to reveal the damage of diesel engines and diesel fuel came in 2012. This report, published in The Independent, claimed that approximately 51,000 people worldwide might have died a premature death because of the respiratory problems caused by the pollutants released by diesel engines [2]. This came as a shock to many worldwide, especially in Europe and the United States. Further research was conducted to investigate the claim and effects of diesel engines.

The nitrogen dioxide and other nitrogen-based pollutants of the diesel engine are especially harmful for people suffering from asthma. The PM 2.5 particles that are exhausted by diesel engines allows the carcinogens to get deep inside tissues and organs, which can contribute to cardiovascular diseases. This makes diesel engines harmful not only for the drivers but also for the pedestrians and drivers of other cars. According to one study in 2010, the pollutants from diesel engines were responsible for the premature death of 9416 people in London [3].

The Promise of Clean Diesel

Due to this research, car companies worked aggressively on an environmentally-friendly diesel engine. The concept of “Clean Diesel” came out of a lot of expensive research to make this idea a success and a whole new and advanced type of fuel, engine and emission control technology were introduced to lay the foundation of Clean Diesel. As a result, the following claims were made about this new technology [4].

Claims Too Good to Be True?

These claims seemed too good to be true. People argued over which was greener — hybrid cars or Clean Diesel cars. Especially in Europe, automotive companies started evangelizing Diesel again. This was a new ray of hope after the initial setback the diesel engines received.

However, in a dramatic turn of events, the whole idea of this cleaner and eco-friendly diesel technology proved to be exaggerated. Further investigations into this technology forced a major automotive manufacturer to admit that they rigged the initial tests of the clean diesel technology [5]. The cars running on this innovative technology had the emission controllers that worked only during the tests and in the actual running conditions, the cars emitted 40% more nitrogen-based pollutants than the allowed limit when emission controllers were not running. Although the company was punished for this and they also faced public outrage, the issue is still largely unresolved, leaving the biggest question — what will be the future of the running diesel-based cars in the world?

Many cities, especially in Europe, are discouraging the use of auto vehicles based on diesel engines through punitive taxing policies and short term temporary bans [1]. The banning of diesel vehicles will be a lot tougher than we think. Emissions might be an issue, but the superior efficiency of diesel vehicles make them a favorite for both commercial and personal use. With 10% to 15% more energy efficiency than the gasoline, what remains to be seen is if diesel can make a major comeback in the face of new, and strict, regulatory policies. Another solution to this problem will be to engineer more efficient fuel, engines and emission controllers and this time do it correctly. 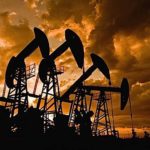 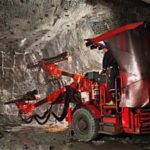