A California consulting firm, Navigant, has found that an oil refinery proposed by David Black to be built on the west coast of Canada “has economic merit and should be considered seriously” by the province of British Columbia. The refinery, with a capacity of 550,000 barrels per day, would provide more significant long-term economic benefits to the region than the export of unrefined bitumen (“unfinished feedstock”). The report also finds that “if configured carefully and managed properly,” the refinery would generate sustainable profits. The report also finds that Black’s estimate of $13 billion for the cost “might be on the high side.”  Navigant arrives at a figure of just $7 billion for “total installed cost” of the refinery. The report was commissioned by the government of British Columbia.

Concerning the design of the proposed Kitimat refinery, the report recommends that it be designed with the capability of manufacturing fuel products for several countries around the Pacific Rim, not just one or two. In this, Navigant finds that the refinery design presented by Black’s company, Kitimat Clean Fuels, is “technically sound.” That design, which would use a combination of hydrocracking and delayed coking, is “well-proven” and widely employed around the world.

The Kitimat refinery proposed would be of the deep conversion/highly complex type, meaning that it would have the ability to convert the heavy residues left in the distillation process of crude oil to lighter products, with little or no fuel oil produced. Profitability is maximized in this type of refinery because of its ability to produce a range of lighter fuel products including propane, gasoline, diesel and jet fuel.

The refinery would not likely be operational before 2020, assuming an early approval. 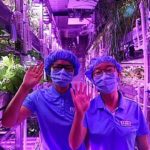