The Ontario government is making some changes to the way it provides green energy in the province, in response to a World Trade Organization ruling and to the complaints of its own citizens.

In response to complaints from Japan and the European Union, the WTO recently found that Ontario’s Green Energy Act, which requires a certain percentage of local content in the construction of wind and solar power generation, was illegal under international trade law (the General Agreement on Tariffs and Trade, GATT). Now the Ontario energy minister says the province will comply with the WTO ruling.

It is not clear what measures will be changed, but the main point of the complaint brought before the WTO was that Ontario discriminated against foreign suppliers in its requirement for 60 per cent domestic content. Energy minister Bob Chiarelli said that he had confidence in the Ontario clean energy industry’s ability to compete.

The government also announced that it would increase local control over future renewable energy projects by developing a competitive procurement process for renewable projects over 500 kilowatts. According to a government statement, the new process will replace the existing large project stream of the Feed-in Tariff program. The new process will require energy planners and developers to work directly with municipalities to determine site locations and requirements for future projects.

Other changes will give priority to municipally backed projects in the small-project range, between 10 and 500 KW. The government will also consult with municipalities to determine the appropriate tax rate increase for properties with wind turbines, and provide funding to help smaller municipalities develop energy plans.

The Canadian Wind Energy Association (CanWEA) has said that it welcomes “the growing role for communities” described by the government, saying that municipal engagement and consultation is “an important part of the renewable energy development process.”

At least one large wind energy project, the Big Thunder Wind Park near Thunder Bay, is perhaps an example of why greater consultation could be beneficial to residents and developers alike. The people in the area say that they are not opposed to wind power per se, but only to the location of Big Thunder Wind Park.

A member of the Nor’Wester Mountai Escarpment Protection Committee, which, along with the Fort William First Nation is vowing to stop the project, said “If we, as a community, had been involved from the beginning . . . we could have come up with some great solutions.” 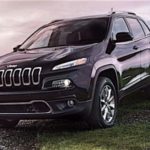 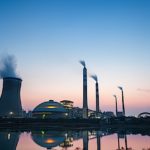