Based on the value of building permits issued to Canadian contractors in June, the construction industry in Quebec and Alberta will see increased activity in coming months. The value of permits issued, $8 billion in total, was significantly higher than in May, jumping by 13.5 per cent. The large increase was mainly due to higher construction intentions for institutional and industrial buildings in Quebec and commercial buildings in Alberta, Statistics Canada said. According to Reuters, analysts had been looking for an increase in the 2 per cent range, after the big 15.4 per cent gain in May.

In the non-residential sector, the increase was 32.5 per cent, the largest gain since July 2013. The value of non-residential building permits reached $3.8 billion. Institutional permits more than doubled in June, to $1.3 billion. Most of the growth at the national level was in Quebec, where increases in construction intentions for institutional buildings were substantial. Much of the construction activity in Quebec will be for medical facilities.

In the industrial component, the value of permits issued rose 63.9 per cent, to $744 million. Much of this was attributable to construction intentions for buildings for the information technology sector in Quebec and for utilities buildings in Ontario. Quebec also issued more permits for residential construction, primarily for multi-family dwellings.

In the commercial building sector, the value of permits issued in June was down 2.1 per cent from May, coming to $1.8 billion. The decline, Statistics Canada said, was due to fewer hotels, restaurants, warehouses and retail complexes being planned. The biggest decreases were in Ontario and Manitoba.

Permits for single-family dwellings were up 5.5 per cent over May, the third month in a row to show an increase. Ontario posted the largest advance in residential construction permits. Across the country, municipalities approved the construction of 16,770 new dwellings in June, of which 6,568 units were single-family dwellings. The value of all residential permits issued was $4.2 billion. 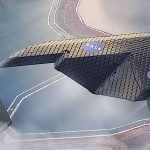