The Ontario Ministry of Consumer Services announced last week that it would crack down on misleading and aggressive door-to-door sales tactics in the hot water rental business. Consumer complaints about water heater salesmen who virtually force their way into homes to do a water heater inspection, then insist that the homeowner must act immediately to prevent a catastrophic failure of the appliance, have grown. Only collection agencies and their tactics generate more complaints.

If passed, new legislation in Ontario would ban companies from installing water heaters until a twenty-day cooling off period had passed. During that period, homeowners would be able to cancel a contract signed at the door, often under pressure. New suppliers who deceive homeowners into signing a water heater replacement contract would be forced to pay any cancellation fees the homeowner incurred from his existing suppliers. Fines could go as high as $250,000 for corporations, and $50,000 for individuals who are convicted under the Consumer Protection Act.

Consumers are best advised not to sign any deals at the door.

One company in the water heater rental business, Summit Energy, has publicly supported the proposed legislation, saying that it wants to see the “competitive landscape” is maintained, and companies offering “fair and reasonable” terms to customers. 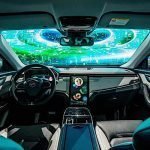 Self-Driving Cars: Virtual Reality’s role in “boredom on the road” for passengers of autonomous vehicles