Researchers at a Spanish university have created a cement that conducts electricity, giving it many new possible applications where surface heating and ice prevention are important. The “cementitious material” was developed at the University of Alicante by incorporating carbon nanofibres in the composition of the cement. Carbon is a conductor of electricity.

The technology, says a statement from the university, allows the cement to heat as electrical current passes through it. This could have important applications in airports, roads and bridges, for example, and in other infrastructure, where the prevention of ice and snow buildup is a concern. The researchers say that the introduction of the carbonaceous conductive compound does not compromise the durability of the structures themselves, which retain the structural properties of concrete.

The new compound, with “much more interesting properties,” is versatile. Any existing structure could be coated with a layer of it. “Thermal control” could be maintained by applying continuous electrical current. Coating parking lots and roadbeds with the electrified cement are just two applications that could have great appeal in northern climes.

The researchers are also conducting trials to test the technology in plaster embedded with the carbonaceous materials. According to the university, the preliminary results are “very satisfactory,” showing that the plaster can be heated with minimum energy consumption. The researchers do not say how hot the material becomes, or whether it could be used for ambient heat in a room.

The development of nanofibre technology has opened other new research areas in concrete. The shortcomings of traditional cement have long been known. Deterioration of cement-based materials in civil infrastructure costs billions of dollars every year. But nanofibre technology holds out much promise for finally making possible a whole range of improvements needed to make cement materials more durable—improvements in strength, elasticity, resistance to shrinkage, decreased permeability (for corrosion resistance in reinforced concrete) and cold resistance.

Researchers at Northwestern University have been studying the use of carbon nanofibres principally for their usefulness in increasing the flexural strength of cement. Early work indicates that including carbon nanotubes in cement can significantly help to prevent cracking.

Microcracks typically form throughout cement when it is subject to load, the researchers say. These microcracks then coalesce to form large “macrocracks.” The carbon nanofibres have been shown to interfere with the coalescing of the microcracks, thus preventing large cracks from developing. 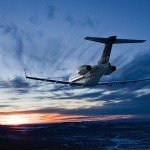 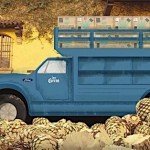