Two aircraft companies from Ontario have recently combined efforts in a unique project as part of their ongoing partnership. Brantford-based Solar Ship Inc., which builds solar-powered cargo planes, and Midland’s aircraft kit manufacturer, Zenair Ltd., have maintained an ongoing partnership over the past six years.

In 2011, Zenair developed a fuselage for Solar Ship’s Zenship 11, an aircraft with the capability to take off and land in small areas without a runway. The ability to do take off and land so abruptly and with limited space is essential for delivering cargo intended for disaster relief and other emergency situations.

The two companies collaborated to convert Zenair’s STOL CH750 aircraft into an electric air craft that will be available as a bush plane or an amphibious craft.

He also discussed the aircrafts’ network of low-cost solar hangars, which will provide battery swap stations in remote areas. “Once you buy this aircraft, you break free from the shackles of oil, and you never need to refuel again. It is complete self-reliance.”

The Zenith CH 750 will be converted to electric power. The Zenith was chosen due to its unique ability to land on dirt and short spaces:

Solar Ship builds planes called solarships, from a combination of aerodynamics and buoyant gas in order to gain lift. They also receive their power from onboard solar panels. They are able to land in a number of places, including fields, grass, dirt, mud, and water. This allows emergency cargo, medical supplies, and support to reach remote areas that may be in need within a significantly shorter amount of time than is typical.

The partner on the project, Solar Ship Inc. specialize in hybrid aircraft for remote areas to bring medicines and vital cargos to inaccessible area. Their solar ship concept carries 30 tonnes or cargo with no fuel:

In fact, two of Solar Ship’s aircraft are currently being used to ship supplies to remote communities in central Africa as part of their partnership with Manaf Freighters. Manaf first approached Solar Ship in 2014, discussing a joint venture to develop the type of aircraft needed to access areas where there is no infrastructure, assist people in their daily lives, and provide support where needed. Continued partnerships such as these have the potential to tremendously impact the world, especially in poorer areas and those which are disaster-ridden, and each aircraft is designed to the specifications of the mission for which it is built. 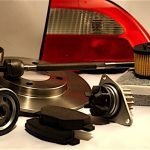 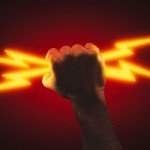 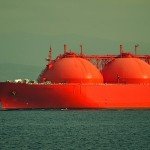