The government of Nova Scotia has decided to play it safe where hydraulic fracturing, or fracking, is concerned. The energy minister announced that the province intends to prohibit high-volume fracking for offshore shale gas indefinitely in response to public opinion and the recommendations of a key scientific study released last spring.

The Council of Canadian Academies concluded that there are significant risks to the environment and to human health associated with fracking, though economic benefits could be substantial. But the minister acknowledged that the people of Nova Scotia are not “comfortable” with fracking. There have also been violent protests over fracking in the neighbouring province of New Brunswick, a fact that was taken into consideration in reaching the decision to ban it.

Canada’s finance minister, Joe Oliver, has already warned that the decision could be a “lost opportunity” for Nova Scotia’s economy. He pointed out that there have been 175,000 wells drilled in western provinces over the past fifty years without a single case of drinking water contamination. Oliver said that the record for fracking is “long, it’s clear, it’s unambiguous and it’s unblemished.”

However, the type of high-volume fracking that is to be banned in Nova Scotia is not the same as conventional fracking in that it requires more water. The method has been used for less than ten years.

Besides recommending a moratorium on fracking for the present time, the key recommendations of the independent panel that studied the issue are that more research be done and that the province develop a test by which to determine “community permission” for any future fracking projects. 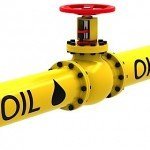 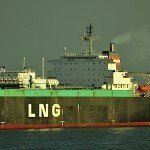