​Researchers from MIT’s Computer Science and Artificial Intelligence Laboratory (CSAIL) recently took to the International Conference on Robotics and Automation to present their new algorithm designed to assist driverless vehicles in changing lanes much like humans do.

While existing algorithms aid in controlling driving patterns, they are either too heavily reliant on statistical models of the driving environment or they are overly simple and do not allow for lane changes.

The new algorithm appears to split the difference, allowing for more aggressive lane changes than simpler models while relying only on immediate information regarding vehicle directions and velocities. 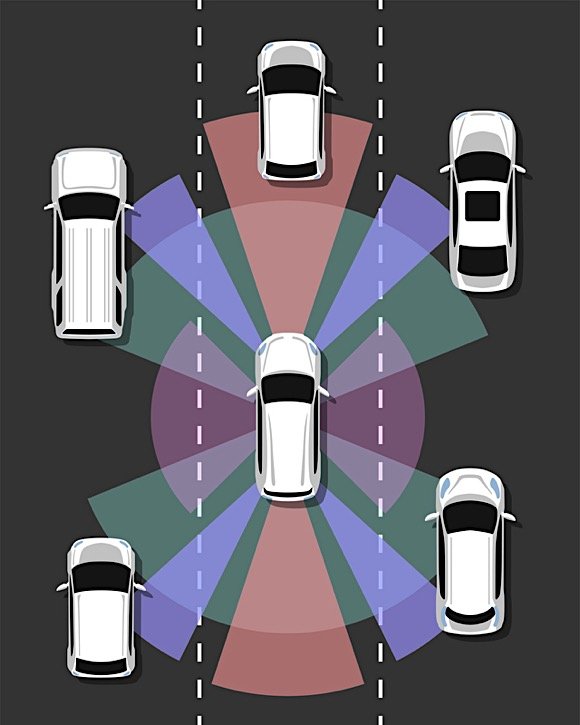 According to CSAIL postdoc and the paper’s first author, Alyssa Pierson, the team’s motivation stems from a desire to do the most with the least. “What can we do with as little information as possible?” she asks. “How can we have an autonomous vehicle behave as a human driver might behave? What is the minimum amount of information the car needs to elicit that human-like behavior?”

“The optimization solution will ensure navigation with lane changes that can model an entire range of driving styles, from conservative to aggressive, with safety guarantees,” says CSAIL director and Viterbi Professor of Electrical Engineering and Computer Science Daniela Rus.

The standard method for avoiding collisions is to calculate buffer zones around other vehicles in the environment, planning lane changes, and staying out of the pre-determined buffer zones. Algorithm designers must prove that their method guarantees collision avoidance, which can prove difficult. To achieve this, optimal buffer zones are typically computed in advance, and the vehicle acts according to the model that corresponds to its current situation.

​However, this becomes problematic when traffic slows and other anomalies cause irregular driving patterns (road construction, accidents, funeral processions, emergency vehicles, etc.). In these instances, precomputed buffer zones may be too restrictive or not restrictive enough, and the vehicle will thus fail to change lanes at all. 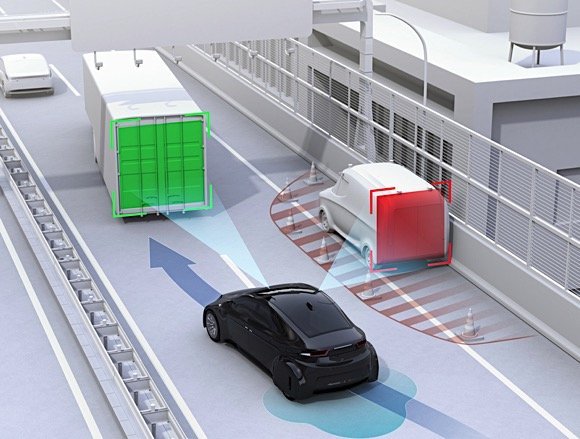 ​The new system developed by the MIT researchers changes that. In instances where precomputed buffer zones lead to poor performance, the system will compute new buffer zones and plan its course to avoid collisions. The method depends primarily on a mathematically efficient method of describing buffer zones so that proof of collision avoidance can be executed quickly.

​The team began with a Gaussian, or bell-curve probability, distribution. This represents the current position of the car, factoring in its length and the uncertainty of its location estimation. Estimates of the car’s direction and velocity are used to construct a logistic function. Multiplying the logistic function by the Gaussian distribution skews the distribution in the direction of the car’s movement, and this skewed distribution defines the vehicle’s new buffer zone. The algorithm was tested in a simulation that included up to 16 autonomous vehicles driving in an environment with several hundred other vehicles.

“The autonomous vehicles were not in direct communication but ran the proposed algorithm in parallel without conflict or collisions,” said Pierson. “Each car used a different risk threshold that produced a different driving style, allowing us to create conservative and aggressive drivers. Using the static, precomputed buffer zones would only allow for conservative driving, whereas our dynamic algorithm allows for a broader range of driving styles.” 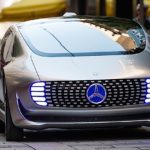 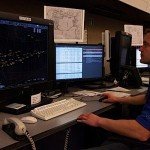