Living in the age of high-speed internet & the lunar economy

The who, the what, the why

Yes, the title reads correctly. With the proclamation by a startup called Aquarian space, that “We can do better than this”, comes the realization of an age that many have regarded as the future. The need for high-speed internet on the moon is not as abstract or as far off as it may sound, as we discover in this economy that is on the brink of becoming a reality.

Aquarian Space: the who

This is an ambitious startup. They see the recent developments such as the Artemis Project — NASA’s mission to return crewed missions to the moon, and other investments as an opportunity. So what exactly is their plan for accomplishing all of this?

Entrepreneur and CEO Kelly Larson talks about how she and her team are working to create the first deep-space communication network so that we can better predict when the next solar flare will occur.

The what: lunar infrastructure paving the way for new economy

They intend to build a system—which they have already dubbed ‘Solnet’—out of satellite networks. We have yet to learn more about the specifications of their high-speed satellites, but they are said to deliver high-speed networks of 100 megabits per second.

While they haven’t released any drawings or really, anything yet, (except for a seed funding announcement on March 17) the startup is working with partners that include members from the Commercial Lunar Payload Services (CLPS) program. That program is run by NASA and is a key element to this story.

Those familiar with the space agency’s recent Artemis exploits and partnership with SpaceX required a program that would allow for private sector support. NASA doesn’t actually have all of the funding that they did back when the original Apollo missions went up.

It was calculated that with today’s inflation, the cost of the Apollo program would have been in the hundreds of billions. This is why they let the billionaires play—the same ones who are competitors in the market for lunar infrastructure with Aquarian Space. Elon Musk has been working on building rapport, with Starlinks work in Ukraine, so competition for the space (yes)  is certainly stiff.

So, why does anybody need to be working on this lunar infrastructure anyways? Who’s really going to benefit from it?

The CEO of Aquarian Space, Kelly Larson, puts it bluntly; “In 2021 there were 13 landers, orbiters, and rovers on and around the moon, by 2030, we will have around 200, creating a multibillion-dollar lunar economy”, she says, “but this can’t happen without solid and reliable Earth to moon communications”.

In their bid to stand out from the competition, they have adopted another uniquely effective position. NASA warned that Starlink’s satellites pose a potential threat to mankind—while they may be garnering public support in Ukraine—-they could interfere with the ability of astronomers to detect incoming threats like an asteroid.

Aquarian Space sees this as yet another opportunity, offering space defense capabilities that would detect any threats from the moon and relay the information back to earth. How this will pan out remains to be seen, but it is yet another development in the lunar economy, indicating where space exploration is going—commercial. 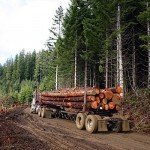 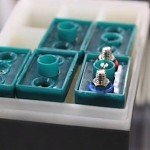 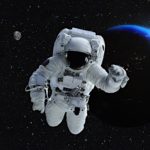