CO2 emission, also known as carbon dioxide, remains a growing concern. As the world is industrialized in various parts, we see more planes, trucks, and even trains in motion. These vehicles all release CO2, which ultimately contributes to pollution throughout the environment. According to some reports, 24% of CO2 emissions are caused by transportation systems [1]. Among transportation systems that cause CO2 emission, 29.4% of the recorded data represents trucks that are used for freight [2].

A mining company in Mexico has found a possible solution to reduce CO2 emissions. The company has developed a ropeway hybrid design to transport ore, while generating power.

Several movements to a greener planet have been taken by companies with the purpose of reducing emissions that cause pollution. One of the latest additions to green technology comes in the form of a ski lift hybrid system. Torex Gold, a company based in Toronto, revealed a completely new way for their mine to transport ore.

The company used to rely on trucks as a way of transporting crushed ore. The ore would be taken from the mines toward the processing facility. This led to CO2 emission and high costs. In an effort to reduce both costs associated with transport and lower pollution caused by the company’s mining operation in Mexico, a new hybrid innovation was created. The engineered design uses elements of both a conveyer belt and a classic rope way, often seen in ski lifts. The hybrid design can effectively transport ore from the mines toward the processing facility without using more resources when faced with a steep mountain.

The Efficacy Of The New Hybrid System

The hybrid ski lift system at Torex Gold’s Mexico-based mining facility spans 1.3km in length. The company decided on this particular design after studying multiple options that were available. The idea was to improve the efficiency of transportation – especially over a specific steep mountain, which stretched 380m in total.

The company found that the hybrid system, which they refer to as the ropecon, would be the most effective choice. It would result in a safer option while also creating less CO2 and reducing the costs compared to the use of trucks.

The line is currently able to move more than 1000 tons of crushed ore on an hourly basis, making it a highly effective solution for the mining operation. Apart from these benefits, representatives from Torex Gold, including the vice president, also announced that the new transportation solution is capable of generating some power while moving the ore between the facilities. The power generation capabilities of the system were compared to the effects of a wind turbine.

El Limón-Guajes Mine introduced a new freight transportation system. Instead of trucks, a long line was installed that carries ore from the mines toward a processing facility. The hybrid system not only reduces CO2 emissions but also generates some energy in the process. The technology also leads to a reduction in costs associated with the transportation of the ore. 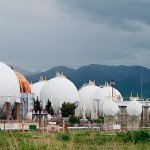