No doubt overshadowed, in Canada at least, by the breaking news that US President Trump has approved the long-delayed Keystone XL Pipeline, another pipeline story is unfolding in Texas, this one concerning water. The Integrated Pipeline Project (IPL) is tiny in terms of distance covered, compared to Keystone: it will run just 241 kilometres, compared to over 5,000 kilometres for the oil pipeline, including more than 3,000 kilometres already built within Canada. The short distance does not in any way diminish the importance of the water pipeline, however, as more that 13 million residents of the Dallas Fort Worth area are expected to need the water it will provide by the year 2060. The IPL will provide an additional 1.59 billion litres of water (350 million gallons) per day when fully operational. It is estimated to cost $2.3 billion.

A key component of the pipeline is its valves. When the Tarrant Regional Water District (TRWD) and the Dallas Water Utilities (DWU) partnered to execute the IPL, they required that the valves used in the project have an asset life of 100 years. Blackhall Engineering Limited, a British firm, won the contract, calling it their greatest challenge to date. The result is “the world’s largest gate valves.”

In addition to the 241 kilometres of pipeline, with a diameter of 259 cm (102 inch), the project involves three lake pump stations and three booster pump stations. Blackball designed and manufactured six High Pressure DN2800/108 inch Parallel Faced Metal Seated Gate Valves, weighing in at over 100 tons each and standing 40 feet tall. The giant gate valves regulate the water flow in the largest and longest sections of the pipeline.

According to Blackhall, it ensured the success of the product through its Advanced Casting Simulation Programme, which optimizes the casting process to ensure that the manufactured castings are free from residual stresses that could develop during the solidification of the metal. As well, the company says it employed Finite Element Analysis to simulate and predict the structural behaviour of the valves during operation and its capability of sealing under various flow and pressure conditions. Computational Seismic Analysis was also employed to ensure sustainability and robustness of the valves during earthquakes and such events.

So far, the first installed valve has passed all hydraulic tests; the five remaining valves are currently in production.

Also thought to be the largest in the world are the hydraulically operated linear actuators, manufactured by Automation Technology (ATI), with a bore of 76 cm (30 inch). The actuators will regulate the water flow on the IPL and were selected because of their ability to close the massive gate valves. The first of five actuators has successfully completed the Factory Acceptance Test. The gate valves will be buried underground, but the actuators will operate above ground, housed in silos for access and maintenance.

Though not without controversy—some landowners on the pipeline’s route opposed it—the IPL has nevertheless been given an award from the Institute for Sustainable Infrastructure, the Envision Platinum Award. It is the first platinum-awarded pipeline in the Institute’s history. The Envision rating is based on Quality of Life, Leadership, Natural World, Resource Allocation, and Climate and Risk. Points are awarded in each category for the positive social, economic and environmental impacts in the community.

The pipeline will save the community over $1 billion in energy costs over its lifetime, according to TRWD, and will boost the local economy and employment, as well as ensuring a sustainable water supply. 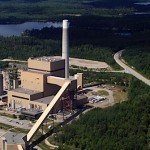 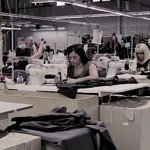 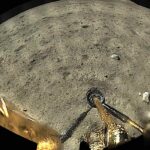 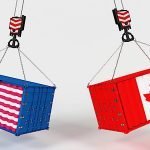