Amazon announced on Thursday that the list of candidates for a second headquarters, dubbed HQ2. The finalists were chosen from 238 applicants representing locations across North America. Of those 238 applicants, 20 were chosen for Amazon’s short list. Only one Canadian city made the list… Toronto.

Amazon has met criticism for its public bidding process, which some viewed as a degrading race between cities vying for Amazon’s attention. However, Amazon pledged to invest $5 billion and create 50,000 high-paying jobs at HQ2, which helped to curb fears that cities would be at risk due to irresponsibly outlandish financial incentives.

Holly Sullivan of Amazon Public Policy thanked communities for their proposals, adding that the process of narrowing down 238 possibilities to only 20 “was very tough – all the proposals showed tremendous enthusiasm and creativity.” Sullivan also stated that the process led to the discovery of “many new communities across North America that we will consider as locations for future infrastructure investment and job creation.”

Among the 20 selected cities is Toronto, the only Canadian city chosen for Amazon’s short list. Toronto Mayor John Tory responded to the announcement, saying, “We are excited to have this opportunity and to be able to tell Toronto’s unique story.” Amazon narrowed its HQ2 cities list down to 20 cities across North America.
Finalists include only one Canadian city: Toronto.

“The Toronto Region has emerged as a global centre of innovation and technology because of our talented, diverse, and inclusive workforce,” said Tory. “There is no other city region in North America that can boast the same talent, the same quality of life, the same vibrancy and economic strength.” Toronto Mayor John Tory reacts to announcement
that Toronto has made Amazon’s list of top 20 cities vying for HQ2.

Economic Development Minister Steven Del Duca also responded with excitement, calling the announcement that Toronto is the only Canadian city to make the list “phenomenal news.” According to a statement released by Del Duca and Premier Kathleen Wynne, “Ontario’s greatest strength is our people, and that’s exactly what we communicated directly to Amazon’s CEO, Jeff Bezos.”

“Diverse, educated, and innovative – they are exactly the kind of talented, motivated people companies like Amazon need to stay ahead of the competition,” the statement read. That talent and a dedication to progress and innovation have made Toronto a prime candidate for Amazon’s second headquarters. Particularly notable is the city’s unique bid.

Many cities offered financial incentives to draw Amazon’s attention. One such city’s mayor put in an extra effort by purchasing 1,000 items from Amazon, which were donated to charity. On each item, he left a 5-star review, along with a bid for his city to be chosen as the HQ2 site.

Toronto, however, had a different approach. Rather than offering tax breaks and other similar benefits, the city hailed its diverse population and commitment to increasing the number of annual post-secondary graduates in science, technology, engineering, and mathematics (STEM) by 25 per cent to 50,000.

Mayor John Tory was asked about the possibility of adding tax breaks or other incentives now that the city has been chosen for the shortlist, but he stated that it is was unlikely. “We have put a bid forward largely on the basis of quality of life, the ability that this region has to attract talent from around the world, and to grow talent at home,” he said, adding that he believes “that is why we made the playoffs and what will carry us through.”

Del Duca stated that the decision to include Toronto in Amazon’s shortlist is “clear recognition” that investments in education are making a difference. The city’s educational investments include efforts to boost graduates in science, technology, engineering, and mathematics, with a $30 million investment in producing graduates in the area of artificial intelligence.

The University of Toronto’s computer science program’s graduate school applicants increased by 50 per cent in 2017, according to the university’s director of professional programs, Matt Medland. The university’s talent includes Professor Geoffrey Hinton, known as the godfather of neural networks, which involve computer learning and thinking similar to that of humans. Researchers and developers in the field of artificial intelligence are highly sought by companies like Amazon that are always improving on their technology and charting new territory.

Another factor in keeping Toronto in the running is the city’s diverse culture and its stance on immigration. Toronto Global CEO Toby Lennox stated, “We have a strategy about harnessing global skills. Our visa system is processed faster. I can’t say we get diversity right all of the time, but the pool feels constantly refreshed here.”

Karen Greve Young, vice president of corporate development and partnerships at Mars, agrees, stating, “The more inclusive we are, the more we will win against communities that are trying to exclude any group of talent.”

Canadian ex-head of Amazon Services James Thomson stated that Toronto’s bid was persuasive. “If you look at those numbers, Toronto looks like it should be a top-three contender, all other things being equal.” He added that the race to HQ2 will be a battle between “two very different philosophies.” He says that Amazon will have to make a choice between the desire to “take the money and run” and a place that offers the potential for increased talent and growth. “No city, I would argue, has offered both.”

Despite the idea that offering both might be beneficial to Toronto and put them over the top, Tory insisted that a change in tactics would not be feasible or beneficial, stating, “I would be very surprised if we suddenly switched course now and said we found some pot of money that we frankly didn’t think was worthy of putting in in the first place.” The group behind Toronto’s bid will now meet in order to map out their strategy going forward.

“We are Canada’s team now, and I am just proud that our city region is going to represent the country,” said Tory, adding that the city and country have a lot going for them in terms of what they have to offer Amazon, making Toronto a great place to do business.

Amazon will be reaching out to officials in the 20 finalist cities during the following months “to dive deeper into their proposals, request additional information, and evaluate the feasibility of a future partnership.” The final decision will be made sometime this year. Good luck, Toronto. 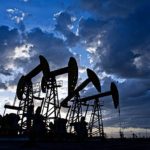 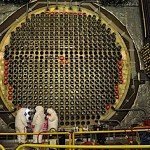