As the theory for the extinction of dinosaurs goes, an asteroid hit Earth 66 million years ago, causing global devastation and killing three-quarters of all life on the planet. With that in mind, NASA has been working on a planetary defense system that could save us from a similar fate, and they just completed a successful test of their Double Asteroid Redirection Test (DART) mission.

In a now-viral video, DART is seen slamming into an asteroid, posing no threat to Earth, but the test’s success isn’t just about the visuals. It is the first time a spacecraft has been used to intentionally alter the path of an asteroid in the hopes of deflecting it, and the fact that it was successful is a huge accomplishment.

Watch the video of the impact:

DART is what’s known as a kinetic impactor, meaning that it uses the force of a collision to change the asteroid’s trajectory. In this case, DART was no bigger than a vending machine, but it was traveling at speeds of about 15,000 miles per hour when it hit the asteroid. The celestial body in question is called Dimorphos, a moonlet about 560 feet wide and orbits Didymos, an asteroid five times larger. [1]

The $330 million one-way mission has been in development for seven years, and it involved slamming a spacecraft into an asteroid in order to change its orbit. DART is designed to hit an asteroid head-on so that the force of the impact would be transferred to the asteroid, altering its trajectory. Kinetic force is a big deal when it comes to asteroids; even a small change in velocity can make a big difference over time.

If a dangerous asteroid was heading for Earth, we would need to alter its trajectory enough so that it would miss us. DART is designed for just such a scenario, and the successful test is a big step forward for planetary defense. The DART team will use ground-based telescopes to track the results of the spacecraft’s collision with the asteroid.

DART traveled an estimated 6.8 million miles from Earth over the course of ten months to reach its destination. It hit Dimorphos on September 26th, 2022, at 7:15 p.m. EDT, and the results of the impact should be visible from Earth about a month later. The spacecraft was launched by a SpaceX rocket in November 2021.

It was guided by NASA’s flight directors and an autonomous system that kept it on track. Monitoring was done at the Johns Hopkins University Applied Physics Laboratory in Laurel, Maryland. Once the feed from DART was lost, the team knew the collision had occurred. [2]

The asteroid was detected by DART’s onboard cameras nearly two months before impact while still controlled from Earth. The final approach was left to the spacecraft’s autonomous system four hours prior to the collision, which adjusted the trajectory for a direct hit.

At the time of impact, it was estimated that DART hit Dimorphos with a force of about three tons of TNT and velocity reduction of Dimorphos between 1.75 cm/s and 2.54 cm/s. [3]

A big step for planetary defense

NASA scientists confirmed that the impact could not create a threat to Earth and wasn’t designed to. Of course, this asteroid was minuscule compared to the one that took out the dinosaurs, but most asteroids commonly entering Earth’s orbit are not as large as Chicxulub. As such, it is vital to test these things out on a small scale before moving on to more significant projects.

Planetary defense is a collective effort, and the DART mission is just one part of it. Although this mission was conducted in a joint effort by NASA and the John Hopkins Applied Physics Laboratory, related or subsequent missions include international partners like the European Space Agency (ESA), Italian Space Agency (ASI), and Japan Aerospace Exploration Agency (JAXA).

“At its core, DART represents an unprecedented success for planetary defense, but it is also a mission of unity with a real benefit for all humanity,” said NASA Administrator Bill Nelson. “As NASA studies the cosmos and our home planet, we’re also working to protect that home, and this international collaboration turned science fiction into science fact, demonstrating one way to protect Earth.”

In this case, scientists are trying to bring Dimorphos closer to its twin, Didymos. By doing this, they will be able to better study the effects of a kinetic impact on an asteroid. Scientists will be able to observe the effects of the collision for years to come. They expect to shorten Dimorphos’ orbital period by about ten minutes, or one percent, but even 73 seconds would be considered successful.

There’s even a follow-up mission in the works to explore the crater left behind by DART. It’s essential to be prepared for the possibility of an asteroid impact, and DART is a big step in the right direction. There are currently 27,500 known asteroids near Earth that NASA is constantly tracking. None of them are on a collision course with Earth, but many others are out of our line of sight.

DART’s only instrument was the Didymos reconnaissance and Asteroid Camera for Optical navigation (DRACO), designed to take high-resolution images of Didymos and Dimorphos during the final month of approach for targeting purposes. It is navigated with a guidance system that works with the Small-body Maneuvering Autonomous Real-time Targeting (SMART) software to keep it on track.

In the days and weeks leading up to the impact, DRACO took images of Dimorphos that were turned into a video. The final images before impact were taken mere seconds before the collision and clearly shows the asteroid’s crater-pocked surface. The use of thrusters to nudge the spacecraft causes slight changes in the video, but it is still an incredible accomplishment.

DART was also equipped with a CubeSat companion called Light Italian CubeSat for Imaging of Asteroids (LICIACube), deployed from the spacecraft fifteen days before impact. LICIACube is a CubeSat that will take high-resolution images of the impact site to study the ejecta plume and other effects of the collision. However, since it has a much smaller antenna, it will take a few weeks to downlink all the data.

The video and images taken by DRACO and LICIACube will help scientists understand the effects of a kinetic impact on an asteroid. They will also be used to plan for future missions, including a possible follow-up that would collect samples from the crater left behind by DART. A European Space Agency project called Hera is already in development to conduct detailed surveys of the crater and Dimorphos’ mass. It is set to begin four years from now.

In a stunning photo of the aftermath, we see that NASA’s DART is responsible for a tail of debris several miles long left in its wake. Resembling the tail of a comet, it is made of dust and small pieces of rock that were blasted off the surface of Dimorphos by the impact. When radiation pressure from the sun pushed the debris away from the asteroid, it formed a tail that is now more than 6,200 feet long. [4]

The videos and images have been viewed millions of times and have generated a lot of excitement about the DART mission. It’s also given people a new appreciation for the dangers posed by asteroids. While most of them are not large enough to cause global devastation, even a small one could severely damage a population if it hits a city.

What is the significance of this mission?

Although the change in Dimorphos’ orbit is tiny, it will likely experience greater gravitational acceleration. Over time, the offset will grow larger and more noticeable. Using data from the DART mission, scientists will be able to better understand how to protect Earth from a potential asteroid impact. They might need to send multiple or bigger spacecraft. They will also need to consider an asteroid’s size, speed, porosity, and trajectory.

“DART’s success provides a significant addition to the essential toolbox we must have to protect Earth from a devastating impact by an asteroid,” said Lindley Johnson, NASA’s Planetary Defense Officer. “This demonstrates we are no longer powerless to prevent this type of natural disaster. Coupled with enhanced capabilities to accelerate finding the remaining hazardous asteroid population by our next Planetary Defense mission, the Near-Earth Object (NEO) Surveyor, a DART successor, could provide what we need to save the day.” [5]

The DART mission was a success in deflecting an asteroid’s path. It has provided scientists with valuable data to help them better understand how to protect Earth from a potential asteroid impact. While there is still more work to be done, the DART mission has demonstrated that we are no longer powerless to prevent this natural disaster.

The mission came weeks before news emerged that the asteroid responsible for wiping out the dinosaurs also created a global tsunami, reinforcing the terrifying power of space rock and importance of planetary defense against Near-Earth Objects (NEOs.) 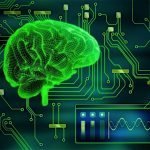 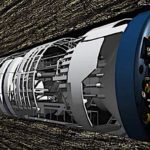