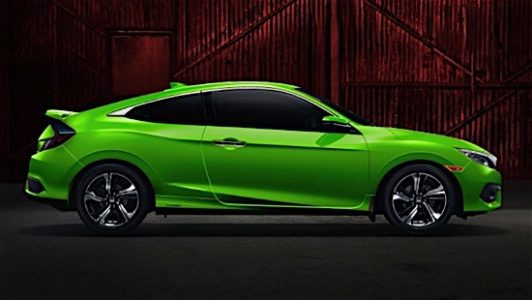 Honda Canada will spend $492 million to upgrade its Alliston, Ontario assembly plant, it was announced today. The Ontario and federal governments will each contribute $41.8 million to the investment, in the form of grants from the Automotive Innovation Fund. The government contribution makes up 17 per cent of the total investment, which will be used to build a state-of-the-art paint shop and to retool assembly lines for the next generation models of the Civic and CR-V. The CEO of Honda Canada, Jerry Chenkin, said that the upgraded paint shop would reduce greenhouse gas emissions by 44 per cent. The federal Economic Development Minister, Navdeep Bains, noted that the investment would bring significant economic and environmental benefits to Canada.

Honda announced last week that sales had set an all-time record in 2016, with an annual increase of 5 per cent. Total sales from the Honda and Acura divisions reached 186,676 units, the third consecutive year of increased sales. The Honda Civic was the best-selling passenger car in Canada for the nineteenth consecutive year, while the CR-V had its best year ever, selling 44,789 units, an increase of 15 per cent over its previous best year.

Cars built at Honda’s Alliston plant, the best-selling Honda Civic (the 2017 Coupe model is shown at the top of the page) and CR-V, are sold in Canada and exported to ten other countries, including the US and Japan. Honda employs more than 4,000 “associates” at the Alliston plant. But there have been fears recently that a Trump presidency will harm Ontario’s auto industry, as he has taken shots at two US car makers recently over their plans to build plants in Mexico. The fact that Ontario has been able to attract $1.5 billion in new investment recently from all three of the Detroit auto makers is seen as a sign that the industry remains solid. With today’s announcement that amount is now close to $2 billion. Ontario is the only subnational jurisdiction in the world in which five of the world’s top car makers—Honda, Chrysler, Ford, GM and Toyota—all have assembly plants. The auto industry supports more than 100,000 jobs in Ontario, making it a key driver of economic growth.

Under the terms of the North American Free Trade Agreement, all new vehicles sold in the US must list the percentage of North American-sourced parts and the country of origin of the engine and transmission. Any country that contributes 15 per cent or more of total parts must also be listed. According to Motor Trend, 65 per cent of Honda Civic content is made in Canada or the US, while the engine and transmission are from the US and Japan respectively. This gives the Honda Civic the highest North American parts content in its category. Whether that will be enough to satisfy Donald Trump and his “America first” trade stance remains to be seen. He has stated that he will renegotiate NAFTA, or even walk away from it.

Meanwhile, auto sales in both Canada and the US have been setting new records. In the US, sales for 2016 reached 17.55 million, beating the previous record of 17.47 million, according to Autodata Corp. In Canada, 1.948 sales broke the 2015 record by 2.7 per cent, reports DesRosiers. 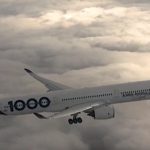