Another Canadian branch plant of an American manufacturer is to close. A. O. Smith Corporation, which manufactures water heaters, announced that it will discontinue manufacturing operations at its Fergus, Ontario, residential water heater facility. The company is in the midst of consolidating its residential and light commercial water heater manufacturing in other North American plants. Approximately 350 employees work at the plant and could lose their jobs. Production is expected to be shut down by July 1, the company said in a release. The Fergus office will remain A. O. Smith’s central office for Canada. Approximately 125 employees work at the facility in sales, marketing, finance, customer service, information technology and product engineering. Fergus will also remain the regional distribution centre for water heaters. According to the release, a plant in Stratford, Ontario that manufactures pump tanks for water systems is not affected by this action.

A spokesman for A. O. Smith said that the decision to move production out of Fergus was the result of a “comprehensive study” that evaluated the company’s competitiveness in North America.

“The water heater industry is extremely competitive and has been burdened with overcapacity for a number of years,” Kevin J Wheeler, president and general manager of A. O. Smith water heating for North America noted. “In addition, we have been facing a challenging economic environment as a Canadian manufacturer.” He did not elaborate on what those challenges were.

The facility in Fergus, with 500,000 square feet, manufactures residential and light commercial water heaters for the North American market. Its headquarters are in Milwaukee, Wisconsin. 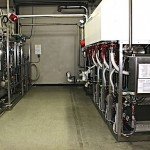 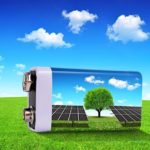