A flow battery that uses no membrane could offer great promise for large-scale energy storage. A team of researchers at MIT (Massachusetts Institute of Technology) developed the prototype, which uses bromine solution and hydrogen for fuel, both of which are relatively inexpensive and abundant. It has a power density three times higher per square centimetre than other membraneless systems. This makes it significantly more effective than lithium-ion batteries and other systems being experimented with.

One of the team at MIT said that because the system is membraneless it could be “a quantum leap in energy-storage technology.”

The MIT model solves the problem of membrane degradation, which reduces conventional flow batteries’ lifetimes and increases their cost, by removing it altogether. As the MIT team report in Nature Communications, the benefits of flow batteries in electrochemical energy storage can only be applied at a large scale if the cost of the “electrochemical stack” comes down substantially. By increasing the power density, while maintaining efficiency, they say that they have devised a high-power flow battery that could “revolutionize” large-scale energy storage and portable power systems.

In operating, liquid bromine is pumped over a graphite cathode while hydrobromic acid flows under a porous anode. Hydrogen gas flows across the anode at the same time. The reactions between the hydrogen and the bromine produce free electrons that can be discharged or released. The two liquids are kept separate by parallel, or laminar, flow rather than  by means of a membrane.

One industry that stands to benefit greatly from such technology is renewable energy. The lack of cheap energy storage capabilities has thus far been a stumbling block in the renewable energy industry. Regardless of how inexpensive the production of electricity from wind and solar becomes, the inability to store that electricity makes it all but useless.

The US Department of Energy has set $100 per kilowatt hour as a target cost for energy production. Higher than that the cost becomes unattractive to utility companies, and consumers. The MIT battery may produce energy at a cost that falls within that $100 goal.

An earlier version of the membraneless flow battery was demonstrated at Stanford University last April. The Stanford model, designed to address the same problems of cost and membrane degradation as the MIT version, uses lithium and sulphur. 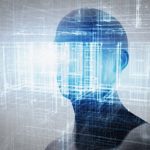