Robocop as a movie was a little frightening. Robocop in real life? Maybe, not so much. At least not currently.

In Dubai, they’ve already begun testing of robot “police”, initially in a shopping mall. [See Video below.] Automation and robotics are changing our world for the better, but also changing workforces. Will automation of the police force also threaten jobs? Probably, not for some time, but Dubai’s prototype has brought us close to real-world robocop.

They were used in assembly lines and they worked perfectly; they perform increasingly amazing functions. Increasingly, robots are preferred to humans for repetitive, precision tasks —frankly,  because they can perform tasks, more efficiently than their counterparts (humans). They can work in hazardous conditions, such as poor lighting, toxic environments, or tight spaces. Robots rarely make mistakes (once properly programmed and tested) and are more precise than human workers. They are immune from diseases and viruses; hence, nor can they feel hungry or thirsty. For this reason, they have already proven ideal for rescue missions — already they serve in bomb disposal — or, for example, in radioactive or chemically contaminated areas.

Robots are found everywhere, in schools; they function as assistant teachers, in industries; they help perform hazardous and complicated tasks, in banks; they provide 24-hour security, in malls and even in hospitals where some of them are used to carry out surgical operations.

One hazardous area that has not yet seen effective “robot automation” is law enforcement. That may be about to change.

Robocop in Dubai — first mission test in a shopping mall:

How would you feel driving through your street and then you see a robot which happens to be a lieutenant with one star on its shoulder strap patrolling on the street? Amazed, right? Well, let me warn you before you get booked by a robot for violating traffic rules, ‘the world’s first operational Robocop’ will soon be patrolling Dubai’s Street.

The robot popularly referred as Robocop is about 5 feet tall and weighs a 100kg. the newly-recruit Robocop can speak in English and Arabic. The national reports that languages such as Russian, Chinese, French and Spanish will soon be included to the list of languages spoken by the Robocop.

Apart from being able to communicate with people, the Robocop can also shake your hand and offer a military salute. It cannot only identify hand gestures from a distance of up to 1.5 meters, but can also detect people’s emotions and facial expressions. It can figure out when you are happy, sad, smiling or frowning and will itself respond accordingly.

Brig. Khalid Al Razooqi, Dubai Police Director General of smart services officially launched the first Robocop on Sunday, 21st of May, 2017. He said in an interview with “Gulf News Report” that the Robocop was created to assist and help people in the malls or on the street, the Robocop is the latest smart addition to the force and has been designed to help us fight crime, keep the city safe and improve happiness level.”

Robocop’s first posting will be malls and tourist centers where people can tap a touchscreen on his chest to report a crime. You don’t necessarily need to visit a police station before reporting a crime, you can do it right there at the crime scene. The Robocop has a smart intelligent system so it can protect people from crime, because it can broadcast whatsoever that is happening at a crime scene live to the control center which will take action immediately. The Robocop also comes with special features, such as its facial recognition software with which it can identify offenders. With this tool, searching for criminals will be made easier. Very soon, committing a crime and going scot-free would be nearly impossible. You can also pay traffic fines through a Robocop.

The aim is for about 25 per cent of the force to be robotic by 2030, to enable police to focus on crime prevention. The next batch of robots will be able to tackle crime and misdemeanors. There are plans over the next two years for the world’s largest robot, which can run at 80kph. Definitely, there would hardly be a route of escape for criminals. The 3-metres tall robot will carry heavy equipment and will be maneuvered by police officer inside.

A somewhat “scarier” robot in Dubai:

Slowly, Robots are taking over the functions of a police officer. What will be the fate of police officers? Will they all be replaced by Robots? “We are not going to fire our police officers by replacing them with this tool but with the number of people in Dubai increasing, we want to relocate police officers so they can work in the right areas and can concentrate on providing a safe city,” Brig Al Razooqi, the Dubai director General of smart services said to reassure police officers. So, there is no cause for alarm, Robocops are here to assist the Police Officers not to replace them. There is an alarming rate of terrorism in our world today, the Robocop will definitely be of great use in the bomb squad and make our world a better place.

The “fictional” Robocop (from movie): 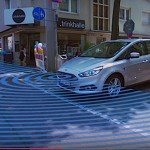 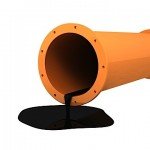 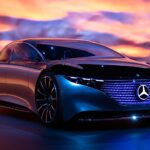