The Government of Canada moved to reduce oil and gas industry emissions. Today, the Minister of Environment and Climate Change, Catherine McKenna, announced regulations to reduce methane emissions and air pollution from Canada’s oil and gas sector. In doing so, Canada is moving to catch up on the action already taken by states such as California, Colorado, and North Dakota. These regulations are part of the Pan-Canadian Framework on Clean Growth and Climate Change to reduce methane emissions by 40 to 45 percent by 2025.

Canada’s oil and gas sector is the country’s largest emitter of climate-warming methane gas and a source of air pollutants known as volatile organic compounds, some of which are toxic to human health and are contributors to smog.

Methane is the main part of natural gas that is used to heat homes and power factories. The proposed regulations will help Canada’s oil and gas industry to conserve valuable natural gas that is now wasted and certain facilities, such as refineries, to reduce their volatile organic compound emissions.

Reducing methane emissions is one of the lowest cost actions Canada can take to reduce greenhouse gases. With these regulations, greenhouse gas emissions will be reduced by about 20 megatonnes a year, equal to removing about five million passenger vehicles from the road each year. Furthermore, this will help Canada to avoid the economic impact of global climate-change events such as drought and floods.

“These regulations will help producers save over $1.5 billion worth of natural gas between 2018 and 2035. By better detecting and patching leaks, companies will be able to save and sell that natural gas and do their part to fight climate change.  And this will support more modern technology and good new jobs in the oil and gas sector. Our government knows that, through innovation and technology, we can reduce emissions while improving the health of Canadians.”
– Catherine McKenna, Minister of Environment and Climate Change

Canadian businesses are part of this global shift towards a clean-growth economy. Using affordable and proven technologies to reduce pollution will create new clean-technology jobs for Canadians in the oil and gas industry. There are already over 170 Canadian companies providing clean-technology services, and they will hire more workers as these regulations are phased in.

These proposed regulations will provide better air quality for Canadians living and working near certain oil and gas facilities. Cleaner air leads to healthier Canadians and fewer hospital visits for those with existing health conditions, like asthma and heart-related issues.

“Reducing exposure to volatile organic compounds, a major contributor to air pollution, is important for protecting the health and safety of Canadians. The Government of Canada is taking concrete action with the proposed regulations, which will reduce air pollution and make communities healthier for Canadians to live in. This initiative supports efforts to reduce the number of premature deaths linked to air pollution—estimated at 14 500 each year, in Canada.” ‎
– Jane Philpott, Minister of Health

Under Canada’s proposed approach, provinces and territories will have the flexibility to develop their own regulations to replace the federal ones if they can achieve similar outcomes. Canada remains committed to working with the provinces to establish equivalency agreements to avoid duplication.

The Government of Canada is supporting this growth, through Budget 2017, by committing $200 million to support clean-technology research, development, and demonstration and adoption of clean technology in Canada’s natural resources sectors. This investment builds on nearly $5 million in funding from Budget 2016 to help companies facilitate cost-effective methane mitigation through the Energy Innovation Program.

These proposed regulations will be published in the Canada Gazette, Part I, on May 27, 2017. Provinces, industry stakeholders, and interested Canadians are invited to provide comments to Environment and Climate Change Canada, until July 27, 2017.

“Our government sees the long-term value in developing Canadian oil and gas resources in cleaner, more sustainable ways. This will attract investment and allow the industry to be more competitive as the world makes the transition to a low-carbon future.”
– Jim Carr, Minister of Natural Resources 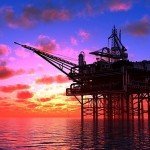 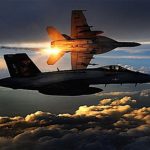