As NASA and other space agencies explore the universe and scramble to make humanity’s dream of branching out onto other planets a reality, scientists continue to search for ways to make life sustainable in space.

Astronauts have become accustomed to dehydrated foods and other similar sources of nutrition while in space, and scientists have also been working on ways to make gardening on other planets a possibility. However, that is proving to be more challenging than one might hope.

In the 2015 film The Martian, Matt Damon’s character Mark Watney, is left behind on a manned mission to Mars as his crew flees a dangerous storm. Watney, presumed dead, is forced to fend for himself until he is able to reach out to his home planet and call for help. Realizing supplies are limited, he sets out to cultivate the land and create his very own Martian garden to sustain himself as rations run low.

Unfortunately, a similar situation in real life would have had grim results, as the hostile environment is currently not suitable for life, and gardening on the red planet is not yet feasible. Watney likely would have been exposed to lethal amounts of perchlorates while on Mars, and the potatoes he grew in the untreated soil would have been affected as well. He would have needed to wash the potatoes and remove the salts and perchlorates.

However, that is not to say that it is impossible. It will just take a lot of work to get from where we are now to a point where Watney’s amazing feats are more realistic.

As nutrients such as vitamins C and K bread down over time in certain foods used by astronauts, sustaining themselves for months or even years becomes a problem. Rather than continuously sending cargo to space just to keep astronauts stocked on food, NASA is realizing the need for increased focus on the prospect of gardening in space, primarily on Mars as plans to colonize the red planet edge closer and closer.

The agency has turned to botanists, gardeners, and even high school students to help study various types of soil and practice gardening in conditions similar to those on Mars, the moon, and other celestial environments. Mars does not contain soil like Earth does. Instead, it has a crushed, volcanic rock known as regolith, which contains no organic materials. Regolith does, however, contain toxic chemicals, making its use in such tasks much more difficult.

Miami-based Fairchild Tropical Botanic Garden, which is leading the effort, has identified over 100 plant varieties that are candidates for space cultivation. “There are tens of thousands of edible plants on Earth that would presumably be useful, and it becomes a big problem to choose which of those plants are the best for producing food for astronauts,” said the garden’s director Carl Lewis.

The garden has enlisted 15,000 student botanists to grow plants in conditions similar to those found in space. These conditions have been replicated in their classrooms to allow them to study and perform experiments year-round. The four-year project has been funding by NASA through a $1.24 million grant.

“Discoveries made in these Earth-based Martian gardens will pave the way for future studies and technology development in terms of reliable, efficient food production a long way from the home planet,” said Ralph Fritsche, Kennedy Space Center’s senior project manager for food production. “We’re right at the cutting edge of this research.”

Villanova University astrobiology students replicated Martian gardening conditions and experimented with crops to determine which types would be best suited for growth on the red planet. The planet’s soil was tested by the Phoenix lander in 2008 following a nine-month journey. Dr. Edward Guinan and his class tested a similar substance, a basaltic or lava-type soil found on Earth.

Environmental conditions needed to be altered as well to mimic those on Mars, as the planet gets approximately 60 per cent less sunlight than our own. Dr. Guinan and his student replicated these factors using a shade-painted greenhouse and simulated dry atmosphere. The students used tap water to care for the plants, though they discovered that the crops dried out easily. To counter the dryness of the soil and make it suitable for cultivation, gardeners on Mars would need to find and defrost frozen water. The Mars atmosphere, however, is mostly carbon dioxide, which would suit plants quite well.

The team discovered that lettuce not only survived but thrived in Martian-like soil. “I had a mixture of seeds… black seeded simpson, red oak leaf, buttercrunch,” said Dr. Guinan. “These germinated in three or four days; and by one month in, we had a crop, and it was tasty. All of our products from last semester, we ate.”

While lettuce yielded spectacular results, it is not the best candidate for Martian cultivation due to its limited nutritional value. According to Dr. Guinan, kale is a much better option. “Kale was especially useful because it’s very nutritious,” he said. Other crops studied by the class included sweet potatoes, basil, onions, garlic, and mint.

NASA is also considering the possibility of implementing robotics to perform gardening tasks in space, enabling them to automate the process and allow crew to focus on other tasks. However, some astronauts have expressed interest in tending to the crops themselves, as it would help them to feel more connected to their home planet while in unfamiliar territory. 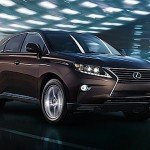 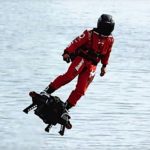