Why is Canada’s GDP per capita only about 80 per cent of the US level? Why does Canadian labour productivity lag that of many other developed countries? And why is Canadian innovation deemed “sub-par”?

An expert panel of academics and business leaders has studied the state of Industrial Research and Development (IR&D) in Canada with the hope of finding reasons for these “troubling trends.” It finds that the historically low rate of investment in IR&D in this country accounts for that “consistently wide gap” between productivity growth here and in the US.

Though this finding is not new, being consistent with previous findings, the panel report reiterates that Canada’s IR&D expenditures, as a percentage of GDP, are just half of the US level, and they are declining. Canada ranks eleventh among twenty OECD countries for spending in absolute dollars on IR&D, but does much more poorly when this spending is taken as a percentage of the total economy. In the US, that proportion is more than 2 per cent; the OECD average is 1.6 per cent. In Canada, it is less than 1 per cent. The IR&D gap between Canada and other countries has actually widened; the growth rate in Canada since 2000 has been negative, making us one of the few countries in this category.

Despite the weaknesses, the panel identifies four industries of strength in IR&D in Canada: aerospace products and parts manufacturing; information and communications technologies (ICT); oil and gas extraction; pharmaceutical and medicine manufacturing. Though these industries demonstrate strength in several different measures—magnitude, intensity, quality and impact—there are differences from one industry to another.

The Canadian aerospace industry has a large share of world exports, for example, but Canadian aerospace IR&D has only average impact on the industry based on patent and publication citations. The oil and gas industry, on the other hand, has greater impact and “rapid growth” in both IR&D expenditures and economic output. In pharmaceuticals, IR&D has declined.

When it comes to translating science and technology knowledge into marketable products, the report says there are five barriers in Canada, including low technology transfer, lack of managerial expertise, lack of business support, low demand, and a business climate that tends to be risk averse, compared to the US. The relatively low level of competition in the Canadian economy is also cited as one reason for the lack of new product innovation in Canada.

IR&D is a cornerstone of long-term sustainable economic growth. Canada benefited from rising resource prices over the last decade, but the headwinds of an aging population and uncertainty about future demand for those resource exports mean that productivity growth will be central to a thriving and prosperous Canada in the future. A competitive business sector that invests in the technologies of tomorrow through IR&D is key to improved productivity.

State of Industrial R&D in Canada

On the positive side, the report finds that the “underpinnings” for greater investment in IR&D are there: the strength that already exists in those four key industries; the strong post-secondary education system and “world-class” university research. What is needed, however, is greater investment in IR&D, and for this to happen, firms will have to realize that their survival depends on it. 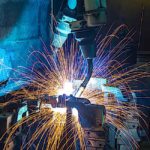 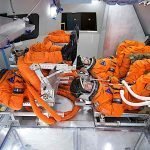 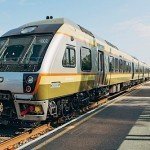