After many delays, the bids are finally in for providing Canada with its new fleet of fixed-wing search and rescue aircraft. The program will replace Canada’s existing, very old fleets of Buffalo and Hercules aircraft. The Buffalo aircraft have been in service since 1967. The cost of replacing them is estimated at $3.1 billion. The procurement bid has been described as complex, and no decision is expected until the summer at the earliest.

Bidders include Airbus Defence and Space, a division of Airbus Group, which is proposing its C295W. Airbus says the plane is the market leader in its class and the best for Canada’s needs. Airbus Defence is the number one defence and space enterprise in Europe and one of the top ten global defence companies.

The US defence giant Lockheed Martin, and Italy’s Alenia Aermacchi were also asked to submit bids. The request for proposals required bidders not only to provide the aircraft, but to recommend how many planes they felt were needed and where they should be stationed. Originally the government had intended to purchase seventeen planes in all.

Another bid was expected from Bombardier competitor Embraer of Brazil. Defence News reported that the Brazilian company announced its intention to bid, pushing its new KC-390 for the job. The plane is so new it has not yet been certified, its first flight test having taken place only in February, 2015. It is not expected to enter into service before 2018. Embraer’s president said it was well suited for Canada’s needs, having the range and speed to respond quickly, including in the Arctic.

Today, following the submission of the bids, Airbus Defence announced that it had formed a partnership with Provincial Aerospace of St. John’s, Newfoundland to form a new entity called AirPro SAR Services. The joint venture would be the in-service support integrator of the Airbus C295W fleet, if it is selected. According to the CEO of Provincial Aerospace, Brian Chafe, the skills and technology for servicing the new fleet will reside in Canada. 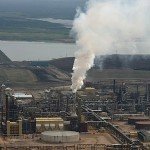